Coaching is the second-fastest growing profession in the world, rivaled only by information technology, as I reported in a National Post article. The profession owes its success both to the personal development movement and the huge global economic restructuring since the 1980s. Competition within and among companies, flattened management structures, shrinking talent pools and ineffective leadership have all contributed to the demand for executive coaching.

Coaching pre-dates Anthony Robbins, Stephen Covey, Tom Peters and Ken Blanchard. It is rooted in a range of philosophies and practices that can be traced back to Aristotle, Buddhist thought, Gestalt theory and various management and business gurus. It reappeared in the late l950s, but did not receive much attention until the early 1990s. Although coaching gained widespread acceptance by organizations in the 1990s, it has only flourished in recent years.

When executives and professionals, with predominantly analytical training, look at coaching from an investment perspective, they often want theory-based, evidential criteria. Behavior-based coaching, as practiced and advocated by programs such as Dr. Skiffington’s 1to1 Coaching, have focused on behavior change as the basis for effective coaching.

Brain science research in the past decade has significant implications for coaching practices. David Rock, author of Quiet Leadership, and Jeffrey Schwartz, author of The Mind and the Brain, addressed the issue of brain research and coaching in an article in The Journal of Coaching in Organizations. They argue that a brain-based approach to coaching may provide more legitimacy to the coaching profession, which would require coaches to have deeper understanding of brain functions and behavior.

The focus of coaching is often individual change and transformation, including dealing with fear, motivation, successful performance, relationships and a myriad other behavioral and attitudinal issues. Brain science research in recent years has provided key findings that should inform coaches regarding the focus of coaching and their methodologies. So too, are the implications for coaches in organizations, such as executive coaches, who work with leaders.

Rock and Schwartz argue that getting people to change is important, because life–both individual and organizational life–is rapidly changing in our world. The traditional view of change management has focused on two levels. The first, at the individual level has traditional focused changing people by providing critical feedback and judgment, or through the work of professional help, on analyzing peoples’ problems. The second, at the organizational level, has focused on introducing leader-led organizational change initiatives, which assumes by their nature, are expected to create employee buy-in’ or alternatively, focuses on increasing employee motivation and productivity through the traditional “carrot-and-stick” approach, with particular emphasis on financial rewards. The evidence is clear that those approaches have failed to produce meaningful and productive changes.

Brain science research, Rock and Schwartz argue, tells us a lot about why change is difficult and what approaches can work best.

Schwartz argues that our brains are built to detect changes in our environment and are more sensitive to negative change. Any change that constitutes a threat can trigger fear causing the brain’s amygdala to stimulate a defensive emotional or impulsive response. Altering our reactions to change is very difficult for the brain, even though logically we may want to. Rock cites a study of 800 HR professionals in which 44% of them preferred to not follow new directions from the boss and 15% were actively obstructionist. The lesson for coaches and leaders here is the harder you push people to change, the harder they will push back. That’s the way our brains work.

So, how can coaching work effectively with the brain? First, brain research reveals that focusing on problems or negative behavior just reinforces those problems and behaviors. Therefore, the best coaching strategies focus on the present and future solutions. This requires the development of new neural pathways in the brain and new thinking patterns.

Schwartz has identified five main areas of brain research than can inform coaches:

Because the brain operates in a quantum environment, our perceptions and self-talk alters the connections and pathways in our brains. Whatever we focus our “attention” on changes or creates new brain connections;

The connections in our brains form mental “maps” or reality. Whatever we expect to experience, is what we actually experience.

Focusing our attention on solutions or new thinking is a better strategy than focusing on analyzing existing problems because the latter will only reinforce the problems;

If leaders want to more effective coaches themselves, they need to learn to stop giving advice to people, or if it is given, to be unattached to their ideas and present them as options to people. The implications for coaches is obvious, and most coaches are adept at having the clients take responsibility for their own journey or choices;

Coaches need to be adept at reading peoples’ body language, particularly when they have “insights” about their behavior. These insights are visually accompanied by changes in facial expressions. Schwartz has developed a four-part model of facial expressions that indicate emotional states from awareness to illumination. Leaders too need to be sensitive to facial changes as an indication of employees’ mental state.

Coaching has evolved into a much more sophisticated profession based on knowledge from any other disciplines. Now brain science research has the potential for having the greatest impact on coaching individuals and leaders in organizations. 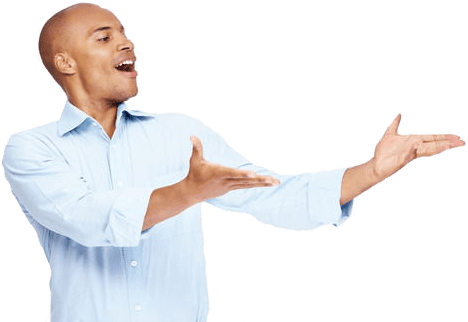